By Peter Lunding and Allan Høxbroe

Which of the world’s peonies are really the best if we put all serious, independent tests together? Do the judges agree? And how can we apply their ratings in the garden?

Recently we became a little wiser when we gained access to the full report on the latest peony test from the British Horticultural Society. Thus, we have three important lists of international interest. All three on perennial peonies. Two also include itoh peonies, but no tree peonies.

Of course, we already knew the highly valuable list of peonies which received the American Award of Landscape Merit from the American Peony Society. In addition, we had the much-overlooked test from the Netherlands from 1998, which was carried out by the Royal Booskop Cultural Association in collaboration with the Dutch Dendrological Society.

None of them have been mentioned in depth before here in Denmark and likely many other countries, so fasten your seat belts.

Use the lists when buying peonies

There are currently over 8000 registered varieties of perennial peonies wordwide, so a hit list of well over 100, which we are able to present here, is particulary useful. Especially because there is actually a general agreement on what is good.

If you are planning a larger new peony bed or a brand-new garden from the October 2022 planting season, it is not too early to order delivery for autumn 2022. Perhaps it’s time to get your pencil out and put your ticks on the lists included?

We recommend you start by reading the exemplary US list from APS. It should be easily overviewed in our short edition of the price justifications. All related photos and full texts can be seen here: https://americanpeonysociety.org/wp-content/uploads/2019/04/Award-of-Landscape-Merit-Cultivar-Summary-1.pdf

RHS in the UK is closest to consensus

Secondly, you might check out the new British trial from the Royal Horticultural Society. This is the one that mirrors consensus on the top peonies. As many as 17 varieties from this list are welcomed by the other two. Unfortunately, covid-19 got in the way of a perfect finish to the test, as might be sensed by the somewhat succinct justifications for the prices.

Here also seems to be no online version picturing the award recipients. Instead, you must check the varieties mentioned more extensively using the internet.

Finally, as mentioned, there is the old Dutch list, which contains quantities of still-popular peony varieties. It seems that we are still sligtly stuck in varieties of the past. Or maybe the famous peony breeders of the past have done their work so well that it is hard to trump them today. Perhaps both. In any case, be aware that many older varieties lose their resistance to disease over time. Many also weren’t created to cope with heavy rain forcing flowers to the ground.

Yes, there are lousy peonies

Unfortunately, there are many rather poor peony varieties. Which is evidenced by the fact that well over half of the Dutch peony varieties tested in 1989 ended in the pile “not recommendable”!

Similarly, the British recently withdrew their Award of Garden Merit for six previously reputable peonies and put three others on the watch list. One of them is, believe it or not, the most popular of all peonies in the world, Sarah Barnhardt. Sarah was created for cutting, not to be able to stand without support. Not the best way forward these days. Both the Americans and the British now avoid having easily toppled peonies among the prize recipients. Just like disease-susceptible varieties are set to expire.

In some other countries, we are probably not quite there, yet. You will still benefit from bringing your own list of peonies that do not require support to the nursery. For that reason, too, consider the lists here.

Where is the big peony news?

Modern technology and precision can deliver top-quality peonies more easily than ever. This is ensured by the young people in the industry for example Hollands Green Works and R2. They even have internal test fields. So, we were a little surprised to find a majority of old acquaintances in their range. Conservative consumer demands, it seems.

Otherwise, maybe we should just keep up with news from major peony manufacturers. In their newsletters and in local peony magazines and lectures.

Which peonies ARE the best?

Considering our three lists here logically, the very best should be the ones that appear on at least two of them. There are 20 varieties. But alas. It is an almost trivial field of old acquaintances:

Which are the better newcomers?

Of course, we don’t wish to conclude this lightly on top of the substantial work that the three major tests have required. Dozens of totally excellent newer varieties must be out there waiting for us recognize. Therefore, we suggest that you consider the sheer amount of peony varieties listed here. When reading the justifications, you will find extremely exciting varieties that you might never have heard of. Hopefully, many more newcomers will squeeze meritoriously into the hall of fame.

Finally: Please help spread the word about any super peonies you have stumbled upon. Do so in your local peony community and on social media, especially when the variety has performed with extravagancy in your garden for four to six years.

With such an improved choice of varieties, we hope that soon you and not your flowers are swooning in front of your peony bed. 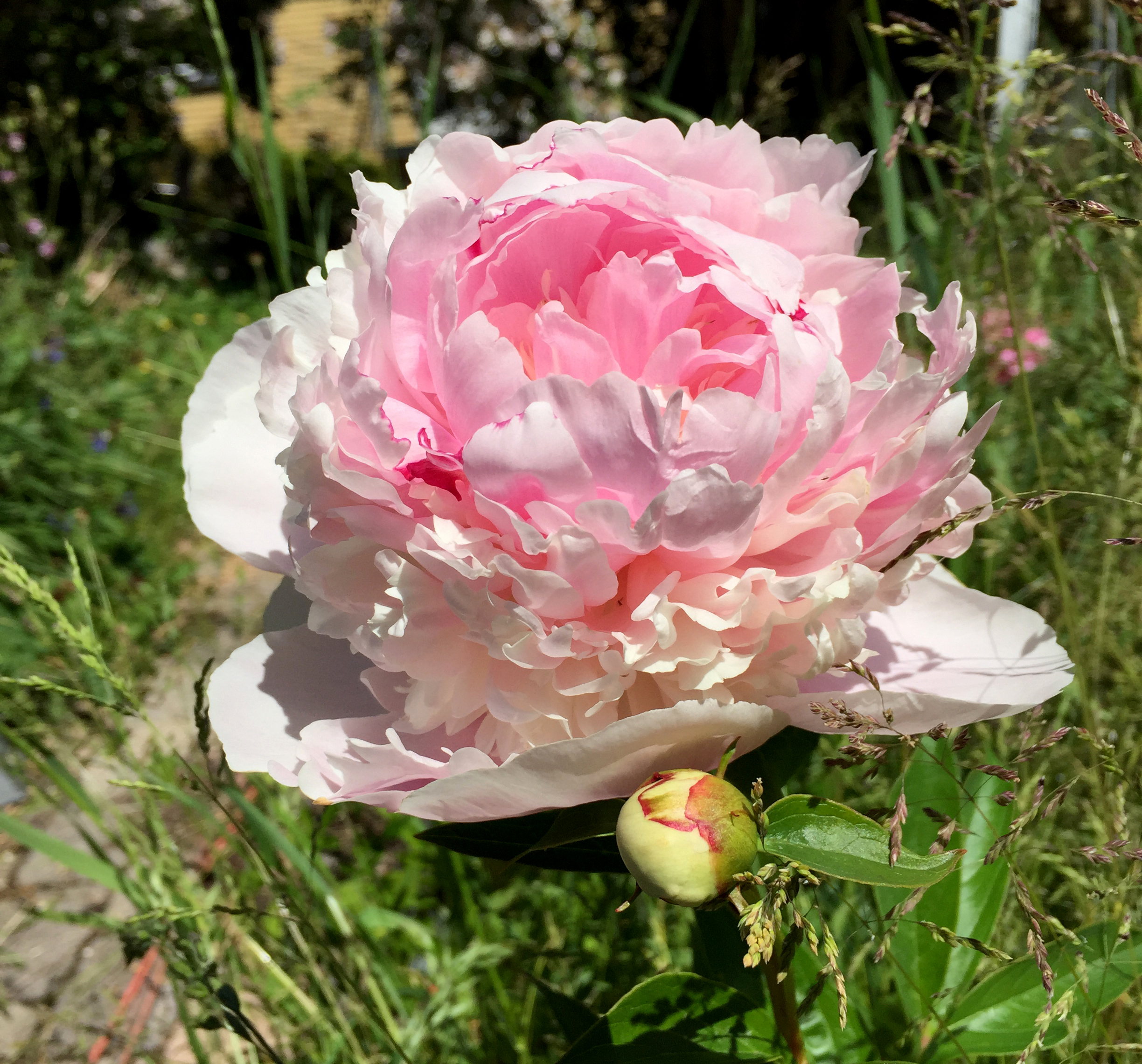 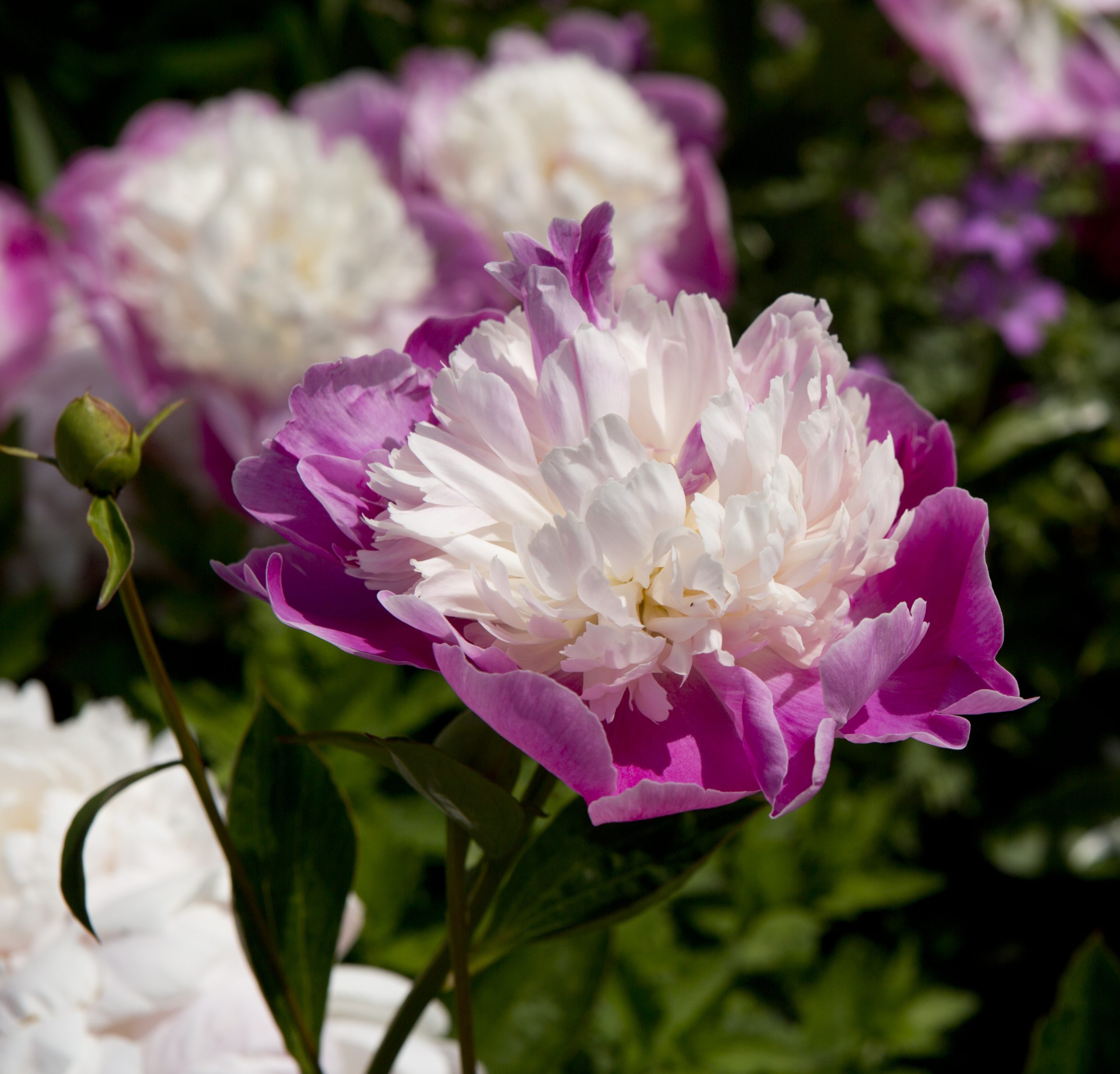 Gay paree, one of the most vivid anemone flower forms, cerise and white with medium siyed bloom, good substance and fine stems. (Auten 1933) 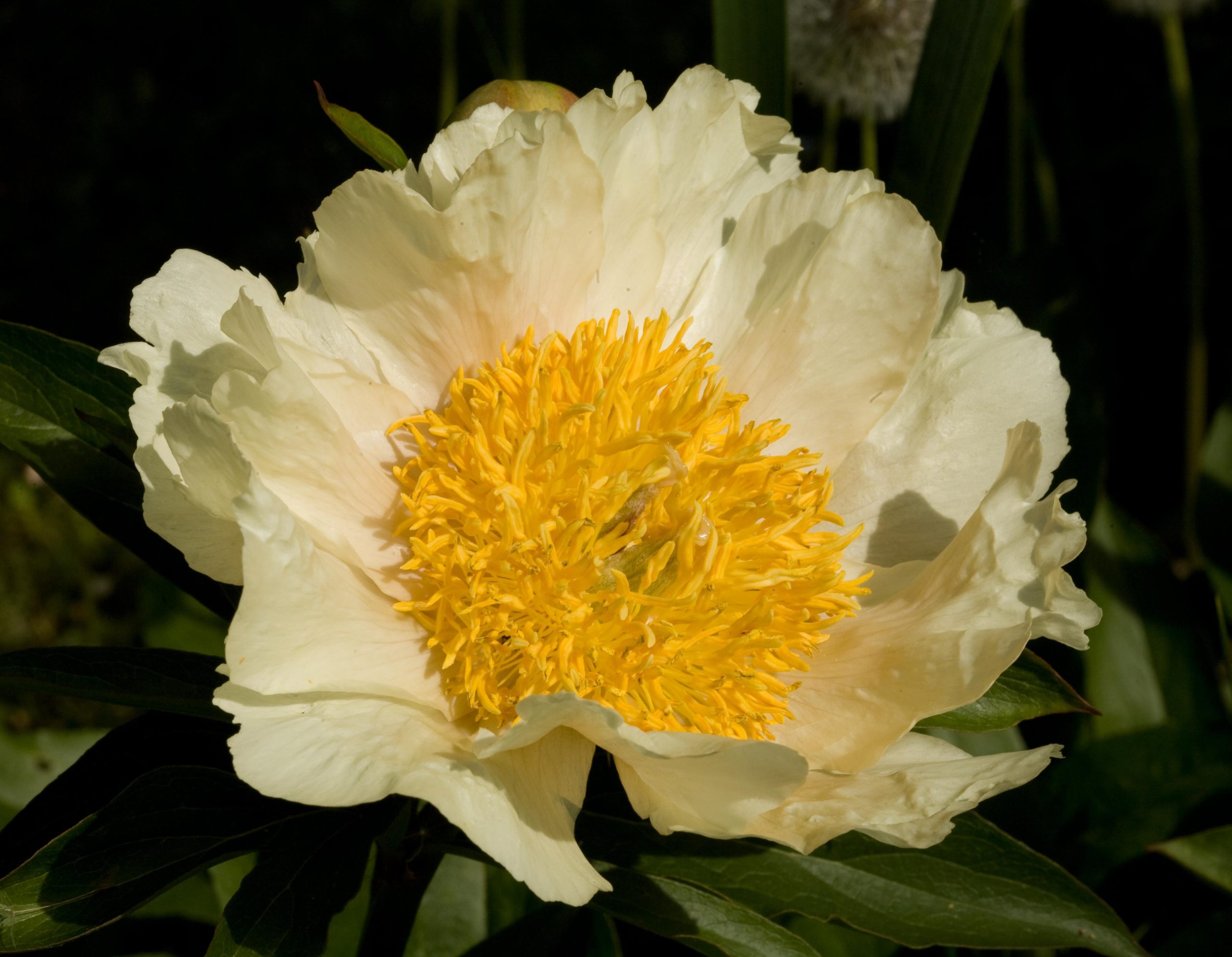 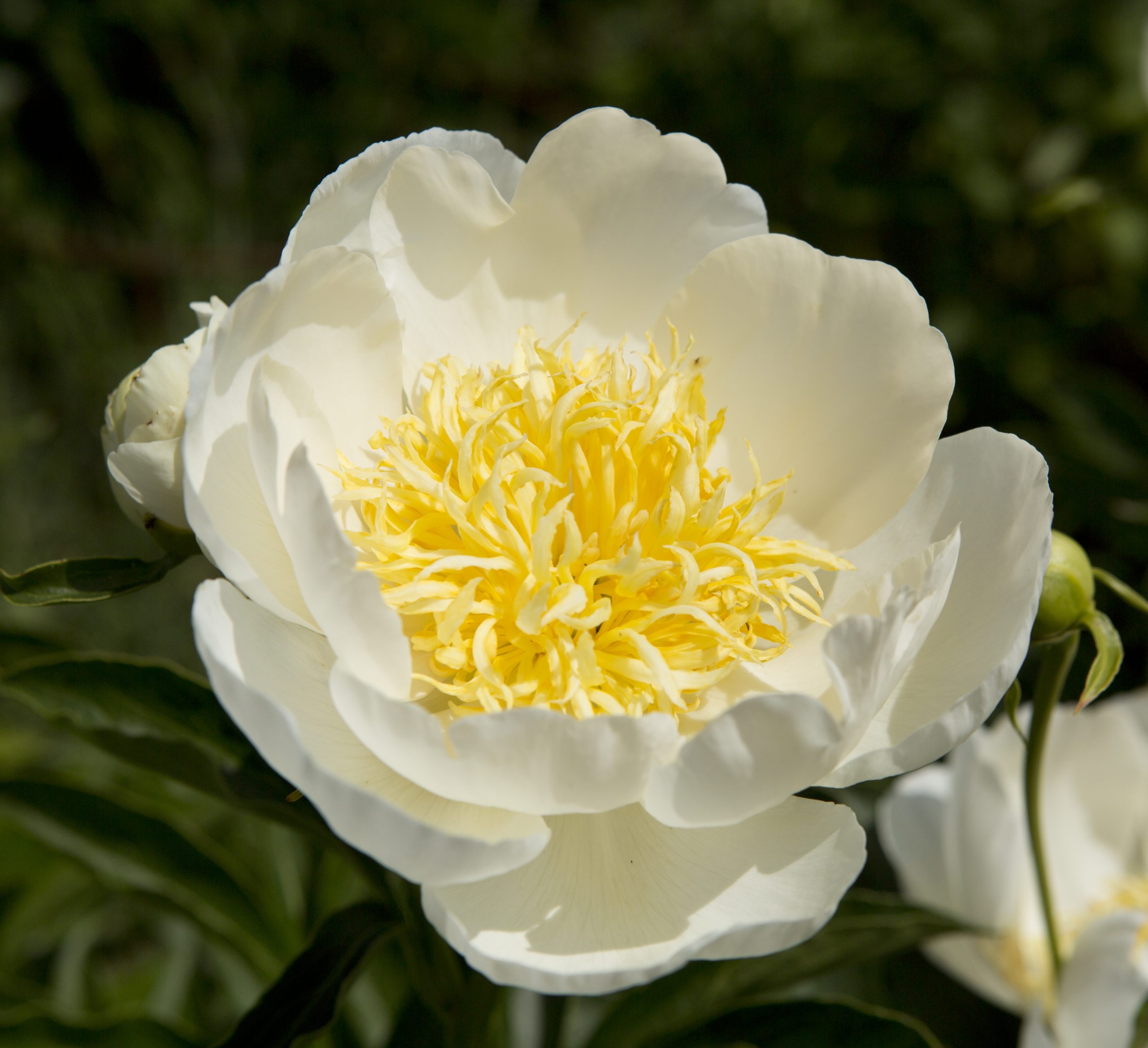 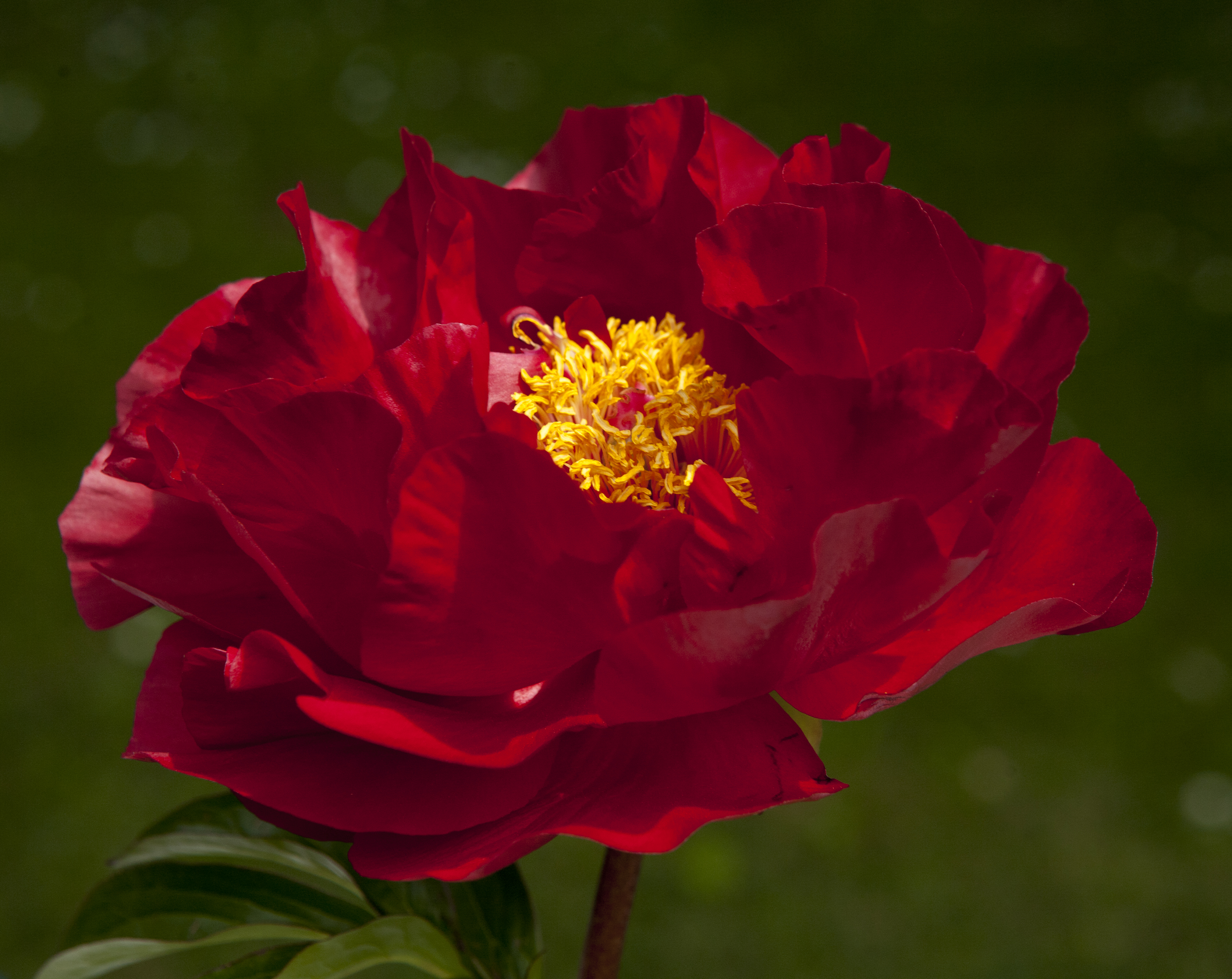 Given for outstanding appearance and growth, reliability and ability to stand without support. 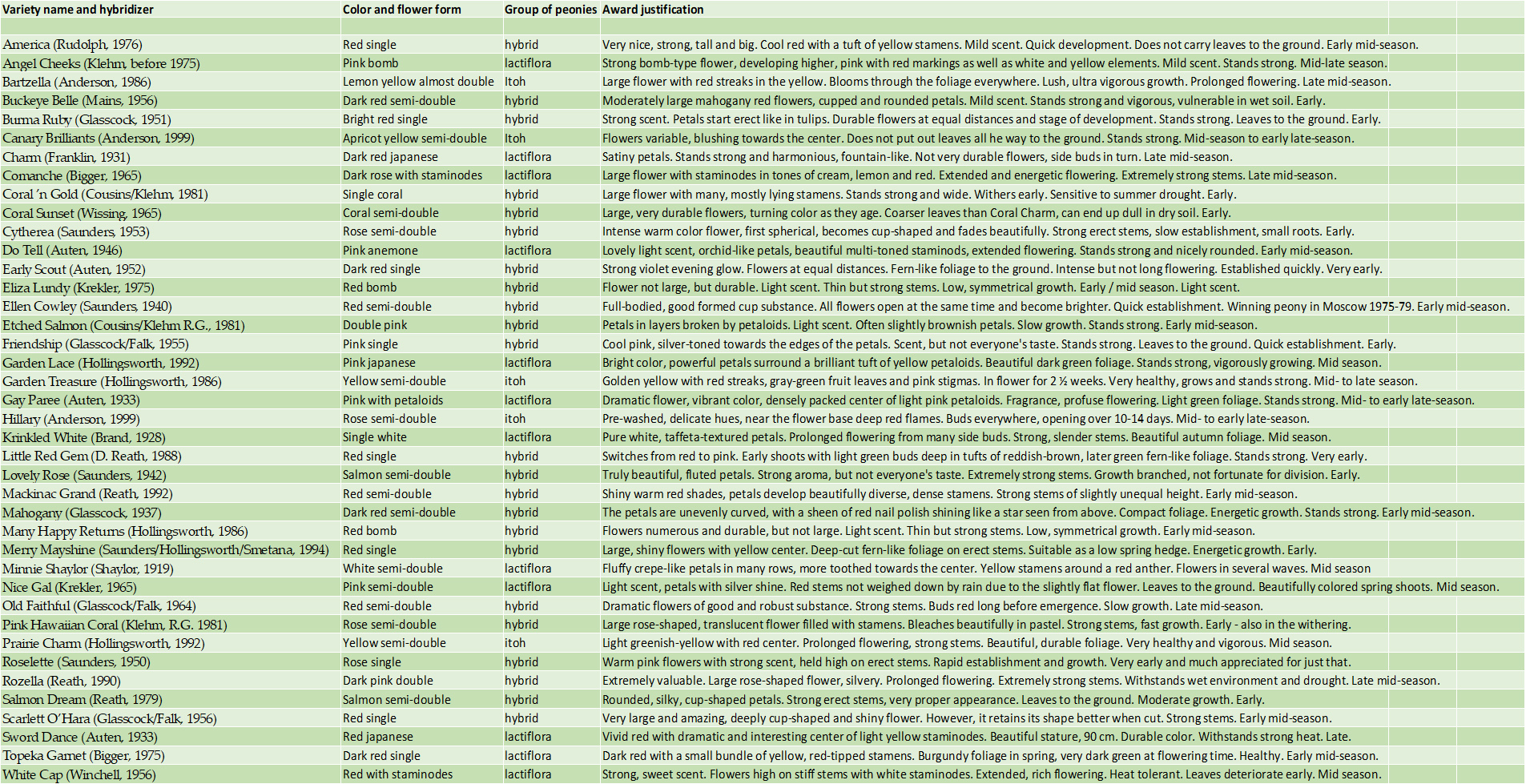 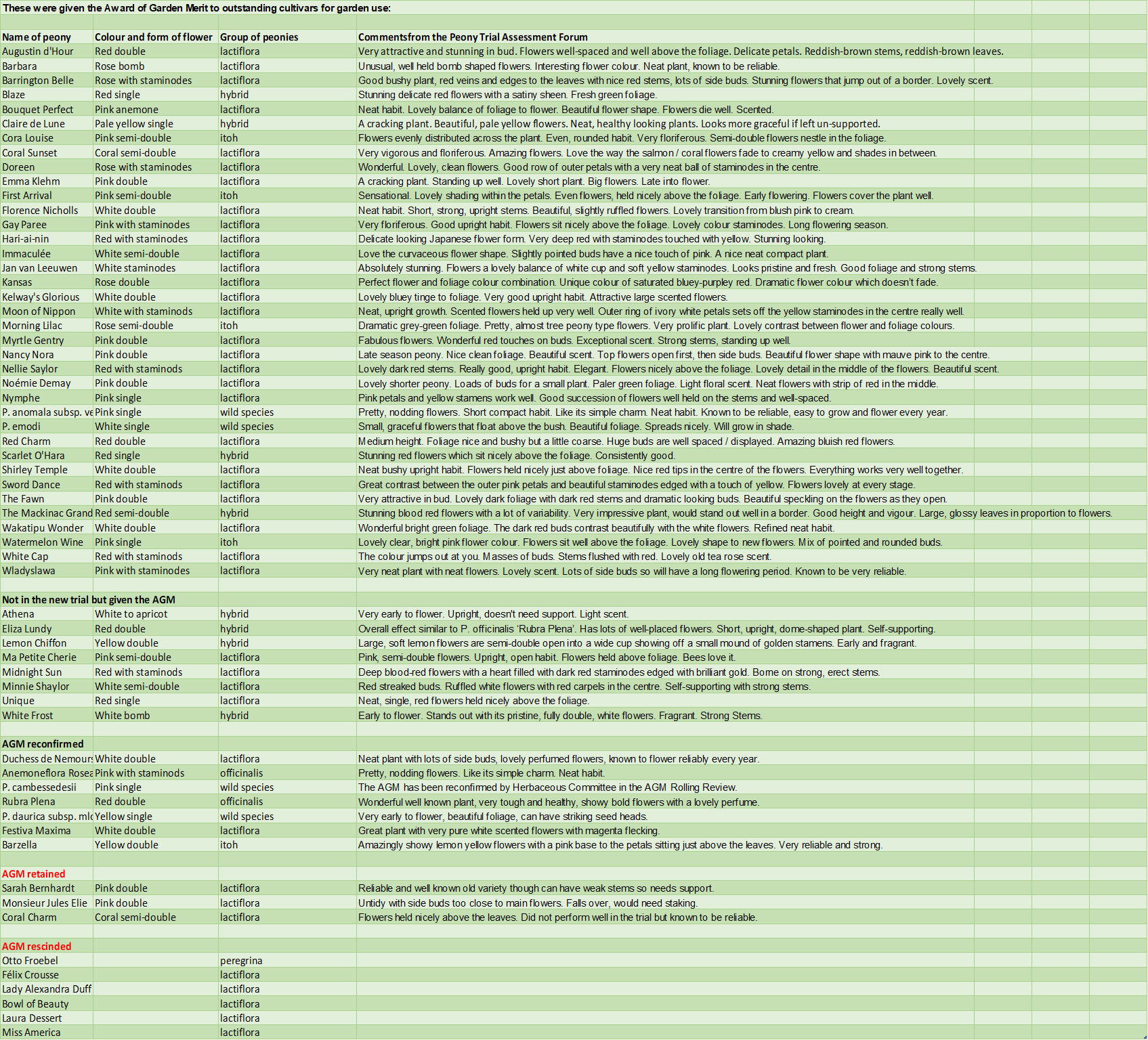